Synergetic Films acquired international and documentary titles from well-respected film festivals from around the world. As certain distribution channels became less profitable, a business to consumer approach on behalf of the company became crucial in order to remain competitive.

The “Film Passport” series campaign enticed festival goers with a screening of a quality international or documentary title for the price of their email. Aside from creating brand awareness, we were also able to segment audiences based on the types of films we were offering at the time.

The advertisements and website aimed to reflect Film Festivals in order to position the films as something fun, unique and artsy.

First we created a mood-board with festival graphic styles. 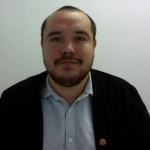